Do you have a health plan through your job? If you do, and it’s a FSA account – it’s probably going to expire soon!

Your Flexible Spending Account (FSA) can be used to pay for copayments, deductibles, some drugs, and prescription eyeglasses. Using a FSA may also help to reduce your tax obligations. 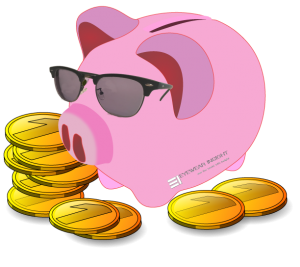 Also known as a flexible spending arrangement;  Flexible Spending Account ( FSA Accounts) are special accounts – for which you don’t pay taxes as they are pre-tax dollars which you can put away to use for eligable health care products or money you can use to pay out-of-pocket health care costs!

For more than 30 million Americans who have a flexible spending account (FSA), December 31 is not just New Year’s Eve – it’s their last chance to spend their 2018 FSA dollars before they are forfeited to the “use-it-or-lose-it” rule.

Before the end of the year take time to look at your insurance and check on your FSA and if you have it: 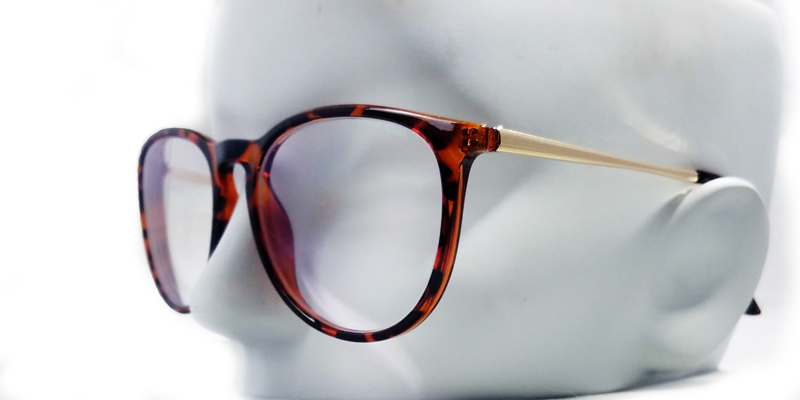 SHOP FOR YOUR NEW GLASSES NOW

Eye Health News From Around The Web 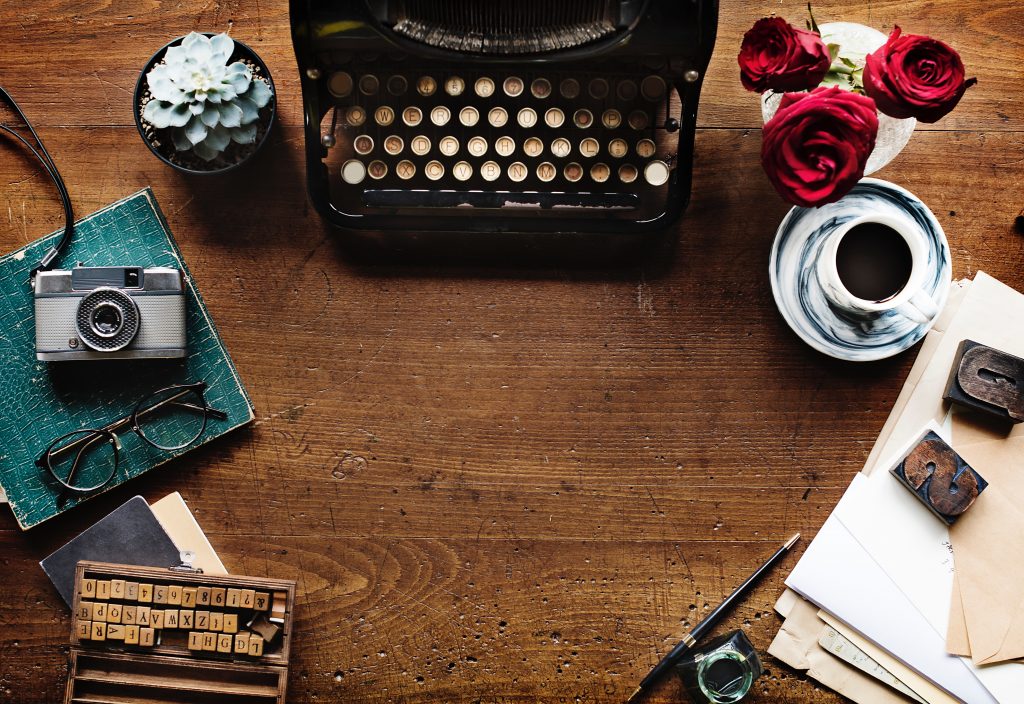 What men really think of what women wear | Happen Magazine

“This is the female equivalent of a trucker hat—fun to wear yet obnoxious. But, if you make a joke about how your delicate retinas need 100% UV protection on a daily basis, I’d be cool with them.”

“I immediately assume that a woman is not attractive if she covers up half of her face with these things.”

“These are absolutely OK—if you’re 87 and playing shuffleboard. Otherwise, they’re just covering up prime real estate. No one is gonna bid if they can’t see the property.”

“These sunglasses make woman look like insects! And never once have I looked at a grasshopper and thought, ‘Wow, sexy!’ Leave the bug eyes to the bugs, ladies.”

The jury says: Bargain bin. Don’t be fooled—a brief tilt of the sunglasses can make a woman seem undeniably sexy. Just make sure to pick frames that fit your face, rather than Andre the Giant’s.

via What men really think of what women wear | Happen Magazine.

12 Awesome Facts About The Human Eye You Need To Know

Do you know why we get ‘red eye’ in photographs? Or that carrots don’t improve vision? This article tells you some amazing facts about human eyes.

Source: 12 Awesome Facts About The Human Eye You Need To Know

Here is a writing that I came across online…this sums things up..

“I went into a LensCrafters on Saturday because it was the closest “In-Network” optical provider for EyeMed. A UCSD psychology student ran me through the ancillary optical tests such as peripheral vision, eye pressure, etc. I thinks she was fairly new to operating these instruments, but she had no guidance from a mentor or such. She had a hard time adjusting the instruments properly and was frequently jerking my head around and knocking it against the instruments. She gave six attempts at measuring eye pressure, but ultimately “gave up”. Then, she tried to sell me on an “advanced” eye scan that was an extra $39 and provided the same information as a pupil dilation. Then, the psychology student handed me off to the optometrist. He did the usual routine, albeit late, in a manner that was rushed and forcibly friendly, and with a breath reeking of cigarette smoke. He tried to sell me on the advanced eye scan again and I suckered up. I told him I would buy it if he provided me with a copy of the scan on a thumb drive. Apparently, with the regular pupil dilation, pictures are not normally possible, or so I was told. I get a prescription for -0.25, -0.25 in each eye. Nothing much. Now I get to see what this EyeMed “insurance” gets me in terms of lenses, frames, coatings, etc. After the doctor was finished, he physically handed me off to a Lenscrafter sales rep. (Even though I think they are supposed to be separate business entities in CA and that this relationship runs afoul of the intent of the law).

Sales-rep directs me to the “cheapest”, full price frames, which start at $100. Minimum price for cheapest lenses was $140. Anti reflective coating = $80 . That’s $320 for a pair of glasses. I ask sales rep what’s in the anti-reflective coating to make it so expensive. She says, “No one has ever asked me that before”. Anyway, “Insurance” gives me $50 off of lenses, $40 off frames, $45 off coating. In such a situation insurance pays $135 and I pay $185 for a pair of glasses. Cool! Luckily, LensCrafters was having a 30% off sale on frame + lens combos. So I am thinking that would be $320 – $72 (30% discount) – $135 (insurance) = $113 . I have never bought glasses before, this seemed expensive, but perhaps reasonable. Then, I tell the sales rep that I have insurance and she says, “oh, you can’t combine store discounts with insurance”. Think about this. It makes no sense. It made no sense to me whatsoever and I pressed the young, over-dressed sales rep for details. She seemed to recite what a boss might have told her and said the store would make no money if they allowed customers to combine store discounts with insurance. I persisted, saying, “but with the insurance you still get the same amount because insurance + what I pay still equals retail minus 30%.” She repeated her same point, emphasizing that they could, “not allow customers to do that”. Sure enough, I later found it written in the fine print of their 30% advertisement. It still made absolutely no sense to me. The store would be getting the same amount of money either way. RIGHT?

When I get home, I see what the Internet has to offer in terms of glasses. “www.eyewearinsight.com” provides me with a similar looking pair of glasses for ~$37.50, including shipping from China via California. Apparently, JC Penny, and apparently other retail optical stores send their frames to “China” for lenses anyway, so perhaps it’s better to, say, “order directly from the source” by ordering online. There are also a bunch of other low cost online alternatives. I log in to EyeMed online and see if there are any “Out-Of-Network” benefits for frames and lenses which could conceivably cover the marginal cost of glasses ordered on-line. There are none. That seemed pretty curious to me. EyeMed would rather pay $135 for me to buy a pair of retail glasses from LensCrafters than to reimburse me for a $20 set of glasses from Hong Kong. That seems like a horrible way of doing business for EyeMed. Doesn’t it?

Well, it seems like a pretty stupid business strategy until you dig around and examine EyeMed’s placement in the corporate hierarchy of its parent company, Luxottica. Not only does Luxottica own EyeMed, but it also LensCrafters, Pearle Vision, Sears Optical, Sunglass Hut, Target Optical, BJs Optical, and JC Penny’s Optical. Coincidently, these are the only “In-Network” providers in the EyeMed network. So, in essence, Luxottica has no interest in combining insurance with in-store discounts because it ultimately comes out of the parent company’s bottom line. Moreover, why would EyeMed provide reimbursement for online optical retailers when doing so would hurt the market share held by Luxottica’s optical retail stores? In essence, EyeMed is merely an instrument to protect the market share of the Luxottica family of companies, and it provides little to no substantiative cost amelioration to consumers — what many would regard as the principal purpose of insurance.

After getting a feel for the way the EyeMed, retail optometry world operates, it seems like it is most cost effective to simply abstain from purchasing a vision plan all together, or at least to get one with some very modest “Out-of-network” benefits. But with the cheap price of glasses available online, abstaining from a vision plan probably makes the most sense. These issues with EyeMed vision are compounded by the fact that it is a plan into which a subscriber must pay. In essence, the subscriber is merely paying for the right to buy severely over-priced optical goods. Below, I have pasted my “In-Network” “benefits” for reference. The final remaining interesting feature about how EyeMed operates is how it represents its coverage via its definition of a “Co-Pay”. In the Luxottica – EyeMed world, the “Co-Pay” is the amount paid by EyeMed while “% of charge” is the amount paid my the subscriber. You might note that this is the exact opposite of what “Co-Pay” is in the medical insurance world. If this is at all intentional, it is a conspiracy to sucker HR providers and employees into pursuing the apparently attractive benefits of the EyeMed vision plan.”

DUBLIN, Ireland—Humans have been intrigued by optical illusions from the primitive forms of the Ancient Greeks in 350BC to the advanced 21st Century versions in the field of theoretical neurobiology. Optician Jon Munro of the Supersavers Opticians in Dublin created this animated “gifographic” to not only illustrate some of the classic optical illusions but also to explain the reasons why our minds misinterpret what we are seeing.

Researchers are developing a technology that lights up cancer like Christmas trees, giving surgeons a powerful real time tool to remove the deadly cells from the body.

Adlens®, the global leader in adjustable focus eyewear, has launched its groundbreaking adjustable prescription eyewear ‘AdlensFocuss™’, the greatest advancement in optics in more than 50 years.

Source: Greatest Advancement in Optics Technology in Over 50 Years Launched by Adlens®